So I was lying in bed the other night, staring at the ceiling in another bout of pandemic insomnia and thinking about Disney movies (you know, as you do), and I had an epic epiphany. The same message I love from Frozen II can be found in every single Disney animated feature, and likely the Pixar ones too (though I haven’t put it to the test yet). So what’s this elusive message in every Disney movie?

The examples that first come to mind are Frozen II, Moana, and Hercules. Elsa is loving life with Arendelle’s gates open, which we know from the song Some Things Never Change. She sings, “The winds are restless/Could that be why I’m feeling this call?/ There’s something coming/ But I’m not sure I want things to change at all.” Most of her is happy with her life, but part of her feels like she doesn’t belong…which we know from Into the Unknown: “Or are you someone out there/ who’s a little bit like me/ who knows deep down/ I’m not where I’m meant to be?” When Elsa finds the truth about their parents and grandparents, she finds inner peace and where she belongs. Turns out the call was inside her all along- just like Moana!

Moana is also a great example of a protagonist feeling like they don’t belong and yearning for something more. Once again, we learn our protagonists’ innermost thoughts via song when she sings, “I can lead with pride/ I can make us strong/ I’ll be satisfied if I play along/ but a voice inside sings a different song/ what is wrong with me?” In both the Frozen films and Moana, our heroines blame themselves for feeling out of place and different. That seems awfully familiar, doesn’t it? I think that’s a message we all feel at some point in our lives. It isn’t until Moana finds the truth and realizes her desire to be on the water isn’t a bad thing that she can accept herself and build a new kind of life.

We see this same theme play out in Hercules, once again in song form. The entire song Go the Distance is about this very message- I don’t belong, I’d give anything to know where I’m meant to be. Here’s the full song in case you haven’t heard it in awhile. It’s completely worth the listen:

Okay, so this theory clearly works…in those three movies. But what about the rest of the Disney canon? I’m glad you asked.

Well, there you have it. A (mostly) solid argument about how the message of finding where you belong is in (basically) every single Disney Animation Studios feature film. What do you think? Do you have any other evidence of where this theme has popped up in the Disney canon? All of these movies are available on Disney+ and we’re all supposed to be staying home (unless we’re essential, of course!).

I, for one, am grateful that Disney is always encouraging me to find where I belong. 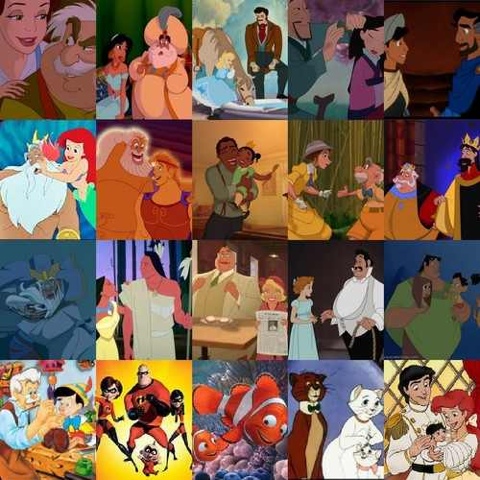