Skip to content
April 4, 2019 pawprintsinthesink
Never fear- there are no spoilers here! 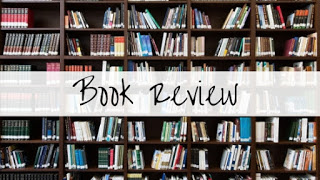 Last fall I had the pleasure of reading The Hate U Give by Angie Thomas, and since then I’ve been eagerly awaiting her next release. Now, I’ve finally gotten my hands on it and it is just as phenomenal as her debut.
In On the Come Up, teenager Bri has big dreams to be a successful rapper and pull her family out of poverty. But big dreams demand big sacrifice- is Bri willing to go the hard route, or will she sacrifice who she is for temporary relief?
Thomas flawlessly crafts realistic characters. From protagonist Bri to her friends, family, and enemies, each character is carefully created. With a former addict for a mom and a high achieving but underemployed brother, Bri is struggling to live up to everyone’s expectations of her while also living in her deceased dad’s overpowering shadow.
One of the things I love about Thomas’s writing style is her ability to write teenagers as actual teenagers, and not just tiny adults. Bri is still working on controlling her emotions and she doesn’t always make the right call. She has real struggles and she handles them like a teenager actually would- and sometimes that’s the wrong way to handle it. She also speaks like a teenager speaks, which is refreshing. There is less of an emphasis on sex in this one, which is something the protagonist in The Hate U Give was considering, which made me hopeful more schools would pick it up. However, because these teenagers talk like teenagers, their (realistic) use of profanity may make some schools hesitant.
The messaging is similar to that of The Hate U Give, without being repetitive. While the setting is the same, the plot is different. The setting of Garden Heights allows us to see the community a year after the events of The Hate U Give, and how those events have far reaching repercussions. With T.H.U.G., we learned we can’t make assumptions about events we weren’t present for. On The Come Up reinforces this, with Bri being targeted and interpreted as ‘aggressive’ when she exhibits the same behavior as her white classmates, though their consequences differ greatly.
Another important message in this book, especially for teen readers, is that famous people can be playing a role. So often, celebrities endorse products they don’t actually use and neglect to mention their personal trainer/stylist/photoshop (watch any actress promoting an $8 box of hair dye and you’ll know exactly what I’m talking about!). While adults may recognize this occurrence, it’s less apparent to younger consumers. When Bri is asked to play a role, she has to choose if she’s going to take that route or be true to who she is. With plenty of financial trouble at home, the choice is more complicated than any other teen’s quest for fame.

One of my favorite messages of this book (though I loved it, so there are many), is the power of words. Especially as a rapper, Bri has to come to grips with the fact that her words have power. There are several instances in the novel when she discovers this, and she has a hard time accepting it. When the world makes you feel powerless, learning your words have power can be intoxicating and dangerous.
Another message I love is one centered around people having to want help themselves. You can’t control other people, nor can you change their desires.
Much like T.H.U.G., this novel aims at teaching readers how to handle  difficult situations. Sometimes the right path isn’t the most immediate or satisfying one. When people push your buttons, it’s hard to control your temper. Add to that the pressure that at any moment, people could stereotype your entire race based on your conduct, and that pressure is too much for anyone, let alone a teen.
This book is absolutely worth the read. I hope teens and adults alike will pick it up, and learn a little something (or a lot of somethings) alongside Bri.
Have you read On the Come Up? What did you think?

Kristin Miller’s The Sinful Lives of Trophy Wives takes readers into a prestigious gated community in San Francisco, where what’s inside the gated community may be more dangerous than what’s outside.
Excuse the no makeup selfie, but y’all. I got that #Revlon hot air brush thing that dries and volumizes and straightens and whoa. This took 10 minutes. My hair is super long and thick; drying and straightening used to take me 40 minutes! What is this sorcery?! I’m in love. With my own hair. It’s not weird at all.
I’m forever convinced that #Toothless the dragon from #howtotrainyourdragon was inspired by a black cat, and this is why.
My peony bloomed on Mother’s Day! How fitting ❤️
The People We Keep
I’m an absolute sucker for reimagined fairy tales, and I always have been. Don’t even ask me how many times I’ve re-read Ella Enchanted. When I saw Dumplin’ author Julie Murphy had a Cinderella-with-a-twist novel coming out, I jumped at the chance to read it. I was not disappointed!