Skip to content
November 30, 2016 pawprintsinthesink
My Disney love is no secret: I adore almost everything they create. I have good reason, as their films are detail-filled complete mini-universes that completely sweep the viewer away. Regardless, I’m totally head over heels in love with Moana. I cried all the tears, y’all. Even when times when it didn’t seem appropriate, there I was, blubbering away.

The characters are beautifully developed, with exquisite details and great depth of personality. I felt connected with these characters as if they were dear friends or beloved family members. Oceanic and Polynesian culture is treated with reverence, as the story is set in this very real culture. I loved learning about it- what is treasured, the contrasting pull for family honor and loyalty contrasted with personal desire. Creating a character of the sea itself was both respectful and genius, as our main character wouldn’t have been able to even attempt her quest without an ally in the water. 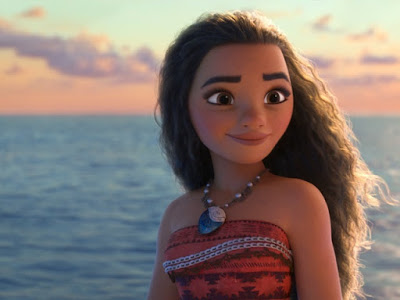 The music- oh my stars, the music. It’s gorgeous. I’ve been saving an iTunes gift card for nearly two years, not wanting to waste it on something I don’t truly want because I so rarely spend money on iTunes. Within an hour of leaving the movie theatre, I used those funds to buy the Moana soundtrack. Normally I’d be on a Christmas-music only playlist this time of year, but I can’t stop listening to Moana instead. Lin Manuel Miranda collaborated with Disney prior to his Hamilton success, and the music definitely has a Broadway feel as a result. The songs are a bit expositional, yet they’re mostly about allowing you to understand the individual character more.

The animation is just gorgeous. I want to live in this movie, it’s so amazing. The water, especially, is just magnificently animated. Water is difficult to do, because of the varying properties, yet it’s perfect every time. When the sea is behaving as a character, it looks just slightly different than when it’s the natural back drop of the film. The blend of CGI and hand drawn animation is done flawlessly. The only hand drawn animation is Maui’s tattoos, which are reminiscent of the style of animation utilized in Hercules, but it fits well with the rest of the film.

The storyline is detailed and wondrous. Moana, the daughter of the village chief, is always drawn to the water. Everyone on her island is content to stay there, yet she feels the draw of the horizon. She is kind, fierce, intelligent, and diligent. She’s also quite real, in that she has moments of doubt, when she feels like she’s on the wrong path. The relationships between characters are exceptionally well done as well. There is conflict, internal and external, as Moana juggles who she wants herself to be with who she feels she must become due to her lineage. She has a wonderful relationship with her grandmother, the self-described village crazy lady, who consistently encourages Moana to be herself, even if that goes against what everyone else wants for her. 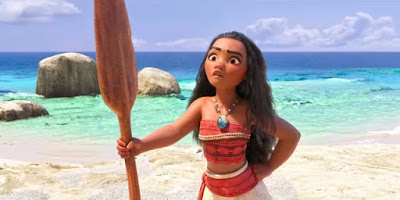 The lessons are great as well. It’s okay to not know who you are, to journey to find who you want to be. Tragedy doesn’t define you. You carry your loved ones with you wherever you go.

As we head into another holiday season with certain family members no longer with us, this film was a well-timed one for me.

I will carry you here in my heart,
You’ll remind me,
That come what may,
I know the way.
~Moana~
I highly recommend seeing this movie as soon as possible, as often as possible. I’ll probably be pre-ordering it in the next five minutes, and if I can sneak away to watch it again in theaters, I definitely will.
What did you think of Disney’s latest animated wonder?

Just a sweet doggo melting my heart ♥️
Sunday mood.
When #tennessee gives you a beautiful #spring day in February, you spend as much of it outside as you can! 70 and windy is perfect kite flying weather🪁
I painted my first animal! I’m not going to lie, it was super intimidating and I re-did his eye about 6 times. But I’m proud it’s clearly a fox (right?!). I’m in early days of learning watercolor; it’s fun and challenging!
When Stars Rain Down swept me off my feet. Angela Jackson-Brown’s words captured my heart right away, making this book thoroughly in-put-down-able. A heart-racing plot, relatable characters, and a beautifully described setting make this novel one I won’t soon forget.
I took our unconventional pantry from dab to fab last week! See the blog (link in bio) for the details, links to products I used, and a photo of my kitchen in the disaster zone that was the middle of this project!