Skip to content
June 28, 2013 pawprintsinthesink
How I know my dogs love my baby, and vice versa, is that moments like this are normal: 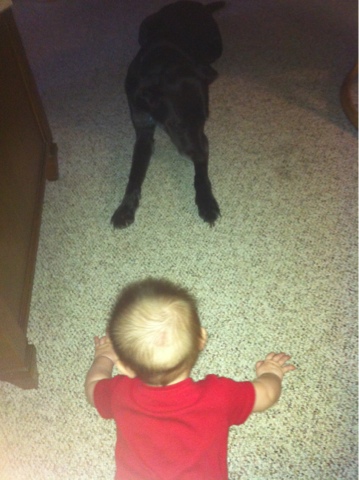 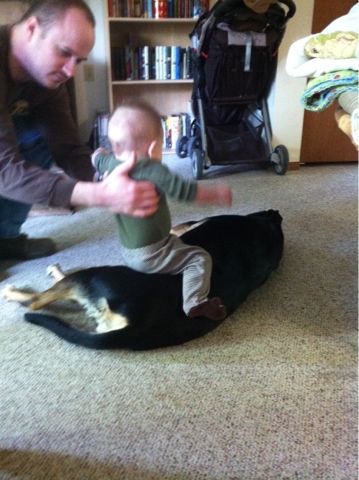 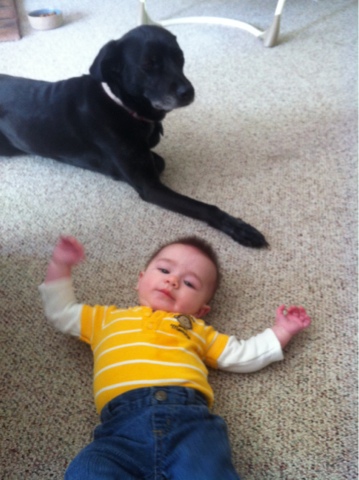 They love to lay near him.

He turns to them– he cradles their big faces in his tiny hands. 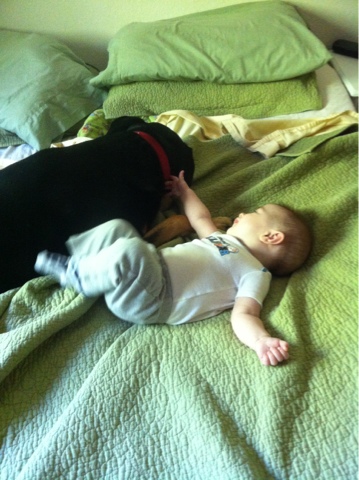 He reaches out to them when they’re near.
Lots of people may caution new moms about having dogs. When Charlie was alive, he loved little man. As a collie, he had the trademark long nose– which he tried to stick through the slats in the crib the first time we put little man in it.
Of course, we always supervise our dogs when they’re around him. We also carefully introduced them when we first brought our son home from the hospital. I came in first with his hat, which we let each dog sniff extensively. Then we brought him into the nursery, and let the dogs in one at a time. He was asleep in his car seat, and each dog sniffed him and then snuggled us. After all, we had been gone three days.
Our baby adores our dogs, and they adore him. He has already tugged on them, and they have zero reaction. Yesterday, he spent five minutes holding Layla’s paw. She hates having her paws touched, yet she let him play with her paws without moving.
Each family is different, but at least in our family, I’m thankful we have dogs. The dogs and the baby have already learned so much from each other. Always proceed with caution, but our family is much happier with dogs included.
How has having dogs and babies in the same house affected your family?