Skip to content
April 14, 2012 pawprintsinthesink
Beauty and the Beast is up there with Lion King, Little Mermaid and Aladdin in my childhood favorite movies list. I watched it all the time; heck, I wanted to be Belle. Who wouldn’t? She’s a wonderful heroine. She sacrifices her dreams, her life, in order to save her father. Her actions are led by a kind heart; she’s sweet and gentle. Yet at the same time, she stands up for herself, stays true to her beliefs, and doesn’t let the fact that she’s ‘different’ from anyone else change her. What a wonderful role model.
Except for the eye color, I’ve always looked most like Belle. Even when I was younger, I had the long brunette hair and big eyes. Granted I’m a bit shorter than I’d imagine her real-life counterpart to be and I have green eyes, but we share more than just some physical attributes. For one thing, I’ve always loved books. Like Belle, I would read as I walked, read to animals (although I didn’t have a picturesque fountain surrounded by sheep, I read to animals of the stuffed variety or my dog and cats, if they’d hold still long enough). I identified the most with Belle, because she saw the world a little differently, and I felt I did too (being a bookworm does that to you).
With a few exceptional movies, there’s a certain scene that always stays with you. With Lion King, it’s the scene with Mufasa and Simba lying under the stars together. With Little Mermaid, it’s Ariel pushing herself up onto the rock as a mermaid and singing about something starting right then. For me, with Beauty, it isn’t the ballroom scene or the transformation scene. It’s a scene with Belle by herself, running into a field of dandelions and singing, “I want much more than this provincial life/ I want adventure in the great wide somewhere/ I want it more than I can tell/ and for once it might be grand/ to have someone understand/ I want so much more than they’ve got planned.” 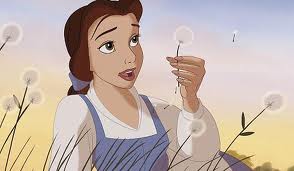 It’s not often a movie changes your life, but I can genuinely say that this scene, coupled with Ellie from UP’s saying, “Adventure is out there!” is part of what inspired our move to Alaska. Like Belle, we were seen as a bit odd for packing up and moving 4,000 miles away to a place we’d only visited for a few days, is drastically different from where we were living, and where we had no family, friends or acquaintances. We moved with adventure in our hearts, and we certainly found it. Yet the idea of adventure was placed in our hearts long ago, with scenes such as that one from Beauty and the Beast.
I was presented with a tough choice this past January: the Broadway adaptation of Beauty was coming to Anchorage at the exact same time the 3-D re-release was hitting theatres. Both were available for only a short time, and happened to be at the same time. Because both were expensive, though the stage edition was much pricier than the 3-D theatrical release, I had to choose just one to experience. I’ve always loved theatre, but I chose the theatrical release because, after all, the Broadway tour has been around for years but this was the first time in ten years it was re-released in theatres (there was an IMAX 2002 release, but I didn’t live near an IMAX and missed it that time. I wasn’t about to wait another ten years to see it in theatres again!). I was glad it was in theatres again for a multitude of reasons, one of which being I love it, so seeing it on the big screen was spectacular (it also means the only 3-D films I’ve seen have been animated). The main reason I was happy to see it in such a way was because it’s now been experienced theatrically by a whole new generation of children.
Another favored scene is the library sequence. The only diorama model I remember making was in high school for a theatre class, and I staged the library scene from Beauty. I loved the sheer volume of books, the staircases, the huge windows, the fireplace. Heaven, to me, is that library. If I could live in any animated movie scene, it would be the library (with Simba and Mufasa curled up next to me, of course! Oh, don’t be silly—animated lions aren’t dangerous!). There are even two lion statues on either side of the entryway to the library.
Costume design in animated films is often overlooked, but it’s quite important. I’d love to have Belle’s entire wardrobe (despite the fact I don’t live in old timey provincial France). There’s also a lot of symbology in their costuming. No one in the village but Belle wears the color blue; the Beast is also clothed in blue. Blue is seen as the ‘good’ color, while red symbolizes evil (Gaston and Lefou’s costumes are mostly red).
The music is the last complete work by lyricist Howard Ashman and composer Alan Menken. Alan Menken I’ve mentioned before in one of my favorite-composer-tangents. He and Howard Ashman also collaborated on Little Mermaid and Howard Ashman contributed some to Aladdin before he passed away, much too early. The dedication of Beauty and the Beast reads,” To our friend Howard, who gave a mermaid her voice and a beast his soul, we will be forever grateful.” I always get misty when I see that dedication.
Despite the hundreds of viewings, I always cry when the beast dies and then transforms. I can’t help it—despite his temper and getting them cursed, the servants still love him and cry for him. He had developed good qualities, even before meeting Belle.
My one irk with the film is that we never learn the Beast’s name. She calls him Beast, the servants call him Master, but no one calls him by his pre-enchanted name. Apparently it’s Prince Adam, but he’s never called that. His lack of a name seems to imply the Beast name applies to more than just his looks. But once he redeems himself, we should learn his name. Ah, well. It’s still a magnificent film.
Gaston is a magnificent villain. He’s manipulative, creepy, and crazy. He also meets with the head of the asylum in the middle of the night, whom I’ve always thought looked scarily close to the Crypt Keeper.

The opening scene of the film, when you glimpse the castle through the waterfall and the woods, is one of my favorite scenes in Disney animation. The sheer amount of detail, from the deer drinking in the stream to the birds flitting about, makes it feel real. The use of the multi-plane camera, which Walt helped develop in the 1930’s, as well as the use of CGI in the ballroom scene make this film the perfect bridge between the animation past and future. That, in a nutshell, is what Disney does best: connect us to each other, our shared history, and our shared future—much as if we were dandelion seeds dancing in the wind, together yet apart. 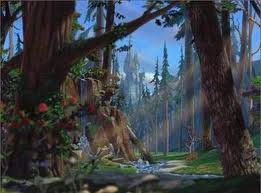 Poor Shadow so desperately wants to cuddle everyone, including Pocus. Meanwhile Pocus only wants to cuddle with Hocus! It’s a platonic love triangle 😆
My sweet, sassy, smart NINE year old!
How many cats are in this photo? 😂 They sometimes hug while they sleep. It’s the cutest. ❤️
This is my grad school setup for when the kids are home from school.
My sweet little helper for day two of grad school!
First day of grad school is in the books!